Walpole, MA  - Walpole Express’ Maeghan Vasile, a speedy and hardworking forward from Milford, Mass., has committed to Castleton University in Castleton, VT for the 2016-2017 season. The NCAA Division III Castleton Spartans play in the NEHC where they currently hold the #2 seed for this year’s NEHC Tournament.

“Maeghan has played such a special role on our team this year,” said Express Head Coach Danielle Doherty. “As one of the older girls on the team, she took our two youngest forwards under her wing and led them as line. Maeghan showed great initiative and leadership and really impressed me with how well she handled this difficult role. Maeghan’s line is such an important element in the success of our offense. If her line doesn’t show up, it hurts us greatly.”

Maeghan is also very supportive of all her teammates and makes sure they are working to their potential every shift, according to Doherty. “Plus, her own speed and hard work are game changing,” she said.

“I wouldn’t be where or who I am without the love, support and dedication of my family,” Vasile said. “I’m excited to fulfill my lifelong dream of being able to play hockey in college – something that wouldn’t have been possible without their support and the guidance of all of the coaches who have helped me along the way.”

Everyone within the Express organization wishes Maeghan the best in her next great adventure. “I am so happy for Maeghan. The Spartans are very lucky to have her,” Doherty said. “We are definitely going to miss her.” 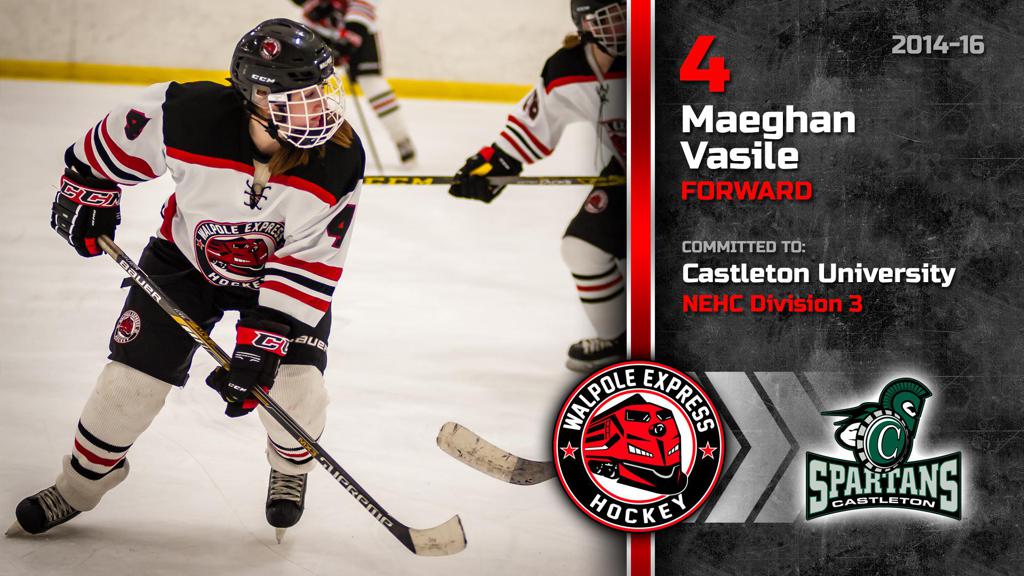