Walpole, MA  - The Express EHL team returned from Burlington, VT this weekend with a pair of wins over a very physical Lumberjacks squad.

On Saturday, the Express would come back from break on a mission to continue their winning ways. Max Flynn (Wenatchee, WA) would stay hot in net as he turned aside 36 of 37 shots faced. Henry Bruckner (Franklin, MA) would strike first as he batted the puck out of the air to score his 3rd of the season. The Lumberjacks would eventually tie the game at 1-1 until Chris Peters (Rochester, NY) would score the eventual game winning goal as the team pulled away with a 4-1 victory. Larry Niland (Lido Beach, NY), and recent Potsdam commit Chris Gratton (Pottstown, PA), would add goals for the Express.

On Sunday, a tired Express team would find their way to victory in a fast paced high scoring affair. Austin Smith (Oakland Park, IL) would stop 40 of 44 shots faced en route to his 8th victory for the Express. Chris Peters (Rochester, NY) would start the scoring just 12 seconds into the game as he came down and scored short side high for his first of three on the night. Larry Niland (Lido Beach, NY) continued his scoring streak with a hat trick of his own as he and Peters led the team to yet another victory.

"It was a great first weekend back for our club. We definitely have some things to continue to work on but we are playing very good hockey to date," said Coach Lounsbury.

The EHL team is back in action on Friday as they travel to Hooksett, NH to take on the NH Avalanche at 12pm. 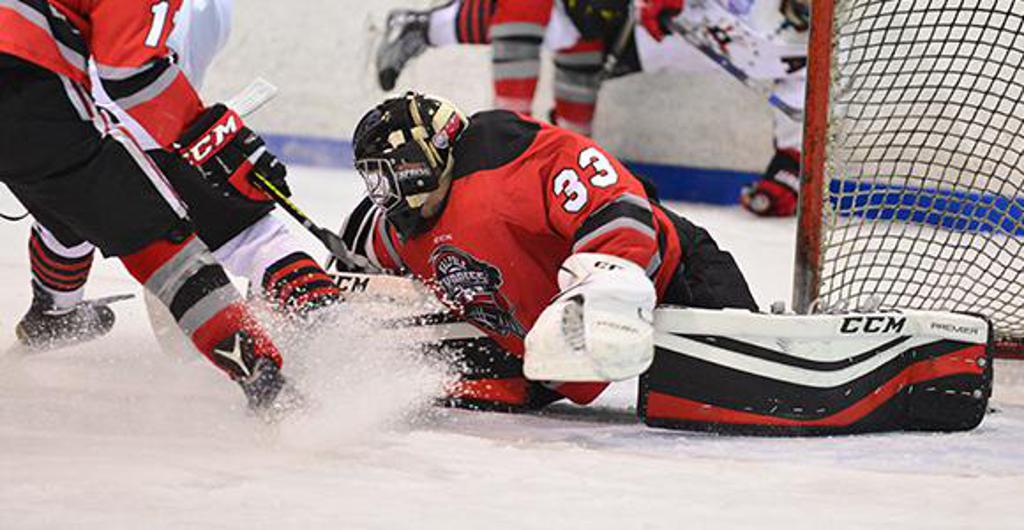