Walpole, MA  - The EHL team took their first loss in several games on Friday as they faced off against a highly competitive NH Avalanche team, coming up short 5-4. The Express would find themselves in the hole early as the Avalanche were able to capitalize in the middle of the ice off of a broken play. Shortly after falling behind, defenseman Pat Twombly (Hull, MA) would find the back of the net to even the score at 1-1.

The second period would provide even more struggles for the Express as the Avalanche would capitalize on a power play opportunity just 30 seconds into the period and never look back. Ryan Edgar (St Louis, MO) would continue his point streak with the lone goal of the second.

The Express would find a spark in the third as the intensity picked up and they continued to battle. Trevor Pray (Tonowanda, NY) and Will Ahearn (Charlestown, MA) would score for the Express but the comeback would eventually fall short as the Avs were able to bury a goal inside 10 min to play to secure the victory. Max Flynn (Wenatchee, WA) battled in net stopping 33 of 38 shots faced.

"I wasn't thrilled with our game Friday and felt we could of played the game a little smarter for a different result," said Coach Lounsbury.  "Unfortunately, in this league if you don't show up, you're going to pay for it and the Avalanche certainly made us pay."

On Saturday, the team travelled to Cape Cod to take on a vastly improved Total Athletic Seahawks club. Pat Twombly (Hull, MA) would once again get the party started with a top corner goal from the blue line to grab the 1-0 lead. The Express would head into the locker room with a strong performance behind them.

The second period was another uphill battle for the Express, but they were able to weather the storm by strong goaltending from Austin Smith (Oakland Park, IL) and goals from Larry Niland (Lido Beach, NY) and Bryan Colburn (Cumberland, RI). The Express would take the game with a final score of 3-1 and complete the weekend with a victory.

"I thought it was a good hockey game and we did some things very well," said Lounsbury. "Bill Zanaboni has done an incredible job with his team and they compete hard; they certainly aren't an easy team to beat, so we will take the points and move forward into the next showcase."

The Express are on the road to Philly Thursday for the final EHL showcase of the season. 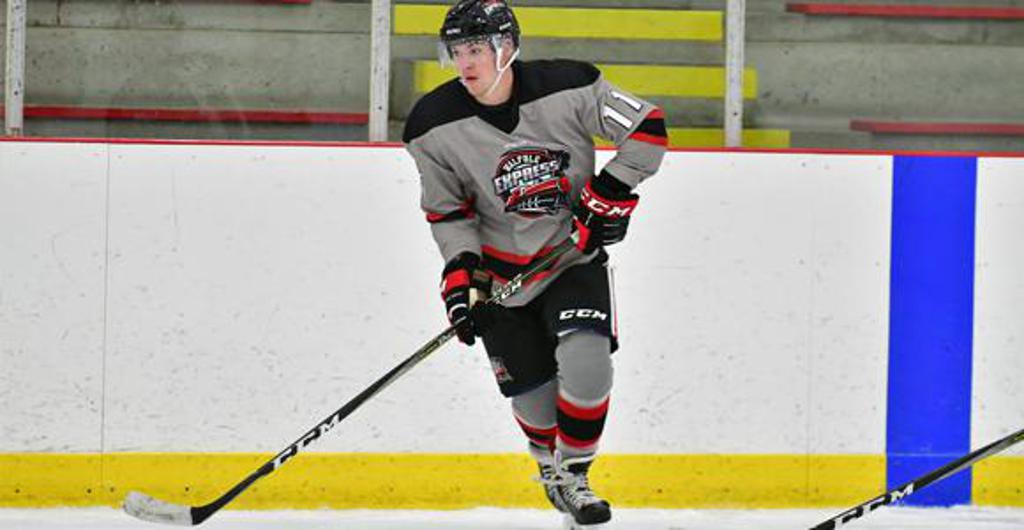