Walpole, MA  - The EHLP team got back in the win column with a 4-2 victory in Brewster, NY over the New York Applecore.

The Express would find themselves down 1-0 early in the game as Applecore capitalized off a broken play in the defensive zone. Minutes later, Brendan Sinclair (Frisco, TX) would find the back of the net off a Ryan Miller (Buffalo, NY) feed. Applecore would strike again early in the second to take the 2-1 lead and put the Express on their heels until assistant captain Mike Meredith (Fredonia, NY) would even the game at 2-2.

The third period proved to be a back and forth battle until Ryan Healy (Westwood, MA) would find himself on a breakaway off a Chris McCunne (Bridgewater, MA) pass to win the game with 1:30 seconds remaining. Jake Geller (Brookline, MA) would put the icing on the cake with an empty net goal to give the Express the 4-2 victory. Henry O'Brien (Brookline, MA) would stand tall in net stopping 27 of 29 shots faced.

"It was a good road win for us to get back on track," said Coach Lounsbury. "We certainly need to learn to compete harder and be more consistent throughout the game to have more success, but I'm happy with the win."

The Express are on the road this weekend to Philly for the final EHLP showcase of the year. 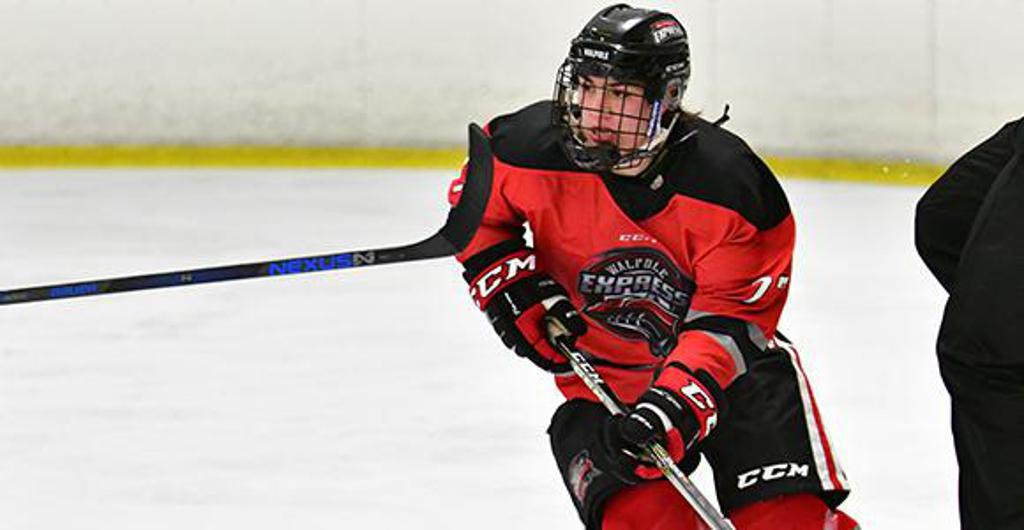