Walpole, MA  - On Saturday the Philadelpha Revolution came to Walpole, MA for their first of two games against the Express Premier team. In a spirited affair, the Revolution capitalized early and often as they jumped out to a quick 3-0 lead. However, the Express were able to gain momentum and make the score 3-2 in the second with goals from Jake Geller (Brookline, MA) and Jake Geller (Easthampton Township, NJ). The Revolution were able to seal the victory with a late second period goal to take a two goal lead heading into the third. The train would continue to push forward but the comeback was short lived as the Revolution goaltender was able to keep the Express to only one score by Brendan Sinclair (Frisco, TX).

"It was a good hockey team between both clubs," said Coach Lounsbury  "We unfortunatley were not ready to play at their pace to start the game and we paid for it.  I'm happy we battled back but our preparation needs to be better."

On Sunday the Express were hungry and focused as they were able to take two points from the Revolution with a 6-4 victory.  Henry O'Brien (Brookline, MA) was solid in net stopping 27 of 31 shots faced. The two teams would trade goals back and forth but the Express were able to come out on top. Egor Borschev (Moscow, Russia) led the charge with two goals and two assists in the win. Jake Geller (Brookline, MA), Chris McCunne (E. Bridgewater, MA), Brendan Sinclair (Frisco, TX) and Nick Terry (Norton, MA) would also score throughout the game.

"It was a gritty, hard fought win for us," said coach Lounsbury.  "We have been playing really good hockey lately, and our team needs to believe how good they can really be."

The Premier team is currently 6-2-1 in their last nine games and hope to continue to push this momentum into the playoffs. 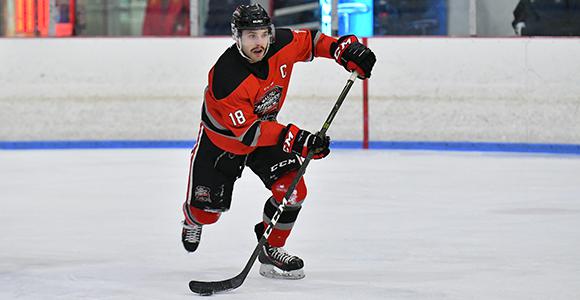