Walpole, MA  - Walpole Express Head Coach Jon Lounsbury has named Larry Niland (Lido Beach, NY) and Sam Johnson (Freeport, ME) team captains for the 2018-19 season. If these names sound familiar, they should. Both players wore Express jerseys last season and helped lead the team to one of their best regular seasons to date.

"It was an easy choice for these guys to be our leaders, each one of them bring a different dynamic to this club," Lounsbury said. “These are guys that go above and beyond to make everyone around them better. They are proud to put on the Express sweater each day and their earnest attitude resonates with every player in the room."

Niland is in his second year with the Express. "Larry was a huge addition to our team last season netting 26 goals in his rookie campaign. He led by example each day and we couldn't be happier to have him back this season," said Coach Lounsbury

Jonhson is also in his second season with the Express. "Johnny was an everyday guy. He always showed up and competed to make himself better each day. He's going to have a big season for us this year," said Lounsbury.

"Each of these players have earned the respect of their peers and the right to wear the letter on their jersey. I couldn't be happier for these guys to lead the team to another great year," added Lounsbury.

Express Owner Rob Barletta shares Lounsbury’s confidence in the Express’ new leaders. “I am pleased that these guys are in charge of the locker room this season,” Barletta said. “They are coming off a great year and I'm excited to see how this talented and committed group of young men will lead the team." 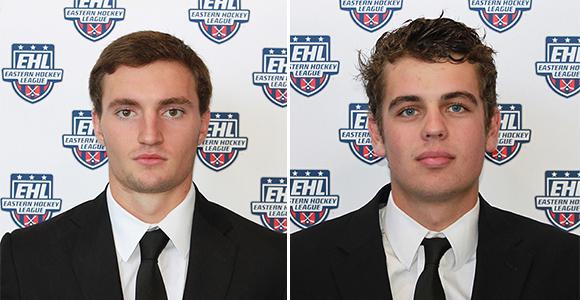