Walpole, MA  - Trusting the process has paid off for Express Alum Will Ahearn, who spent two seasons with the Walpole Express Junior hockey program.  Ahearn, who began his Express career with the EHL Premier (EHLP) team in 2017 before moving up the EHL, has earned MASCAC Rookie of the Week honors for the week of Nov 19th, 2019.

Ahearn netted two goals in a 2-0 week for the Lancers. He scored one goal in a 5-1 win over Saint Anselm College and added another goal in the 2-0 win over Westfield State. In six games as a freshman, Ahearn has tallied four goals and one assist for five points.

"I'm extremely proud of Will and his accomplishments so far this season. I don't think there was a player who put more time and effort into his training this summer and it has certainly paid off," said Express Head Coach Jon Lounsbury. "There was never a doubt that Will was going to be an impact player at the next level. He's a player who trusted the process here in Walpole and we couldn't be happier for him."

Express owner Rob Barletta had nothing but praise for Ahearn as well, "Will worked incredibly hard as a RB Hockey coach this past summer, not missing a single day of camp, all while waking up at 6:00 am everyday to train before he started work. His commitment level is second to none."

Ahearn and the Worcester State ice hockey team will play next on the road against UMass Dartmouth on Thursday, November 29 at 7:30 pm. 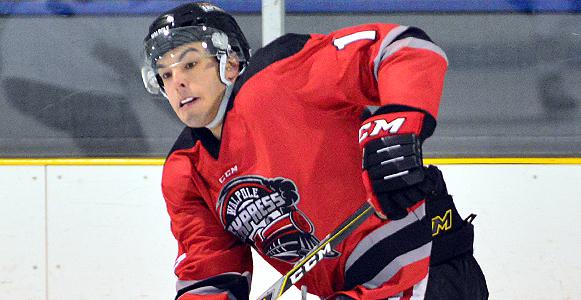