Walpole, MA - Hoboken, NJ native Evan Lichman, in his first season with the Express, has committed to prestigious Amherst College in the very competitive NESCAC for the fall of 2019.  Lichman, a 18 year old power forward, has been a key contributor to the Express during the 2018-19 season.

“Evan has been rock solid for us this season. His drive for success and passion for the game has been second to none," said Coach Lounsbury.  "Evan comes to the rink focused, prepared, and with a refusal to be outworked.  I am confident that Lich will make an impact at Amherst next season."

"I would like to thank Coach Lounsbury and Coach Stirling for all of their help in the recruiting process.  It has always been my dream to pursue hockey at an elite academic institution, and I can say wholeheartedly that I wouldn't be here without their guidance.,"  said Lichman.  "Amherst's stellar academic reputation, in tandem with the rich history of its hockey program, made it an easy choice.  I am beyond excited to start their this fall".

The Express would like to wish Evan and his family best of luck next season at Amherst. 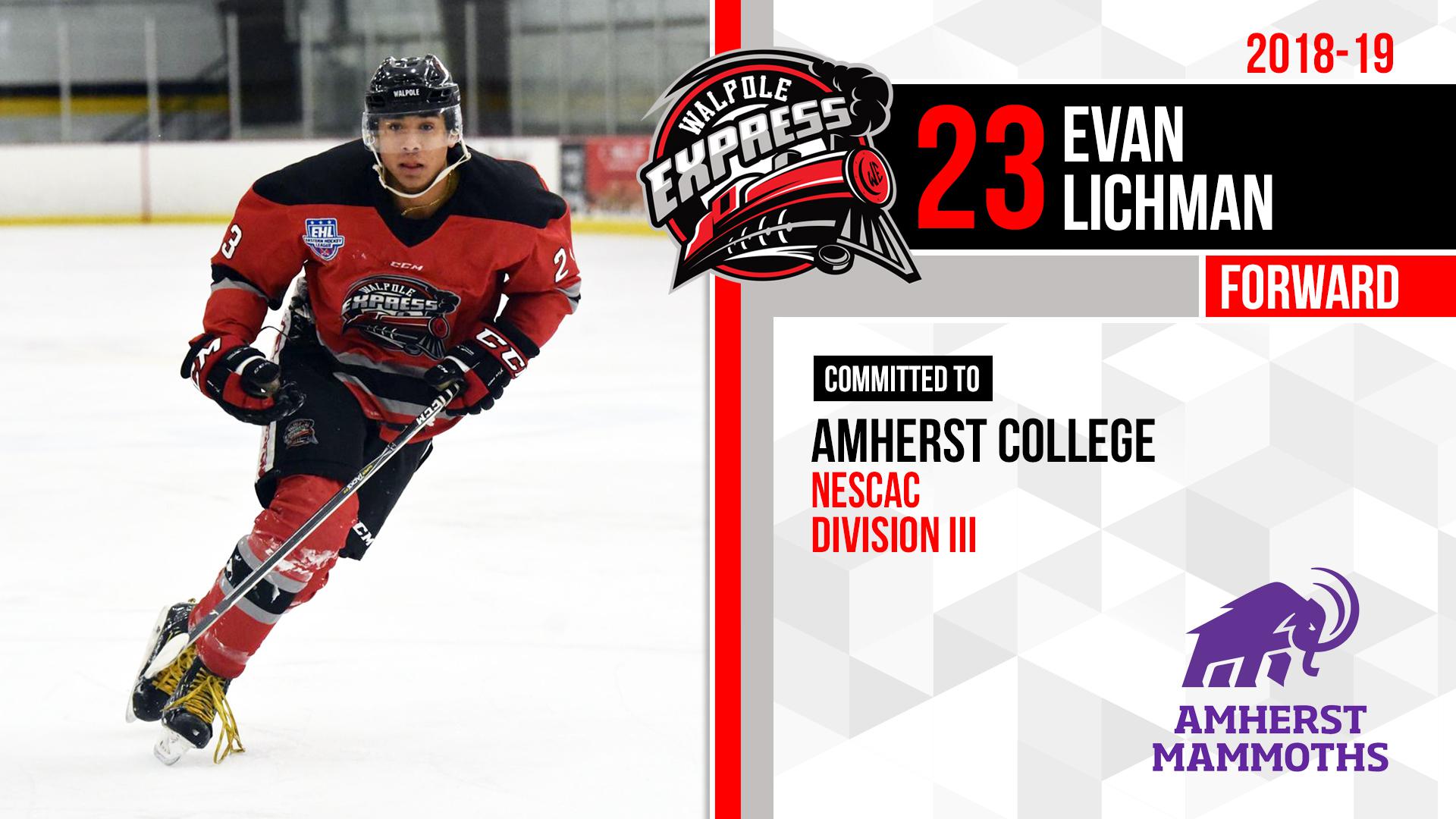