Walpole, MA  - Forward Madison Scheinberg of Fort Lauderdale, FL has committed to Suffolk University where she will suit up for the inaugural women’s ice hockey team. Suffolk will join the DIII NEHC for the 2018-2019 season.

Coach Danielle Doherty is excited for Scheinberg saying, “I could not be happier for Maddie. Not only will she be in the heart of Boston at a great institution, she will be playing for one of my best friends – Taylor Wasylk.” Coach Doherty and Coach Wasylk played together at Boston College and were also roommates.

“Maddie is one of my most dedicated players. She is always asking questions on and off the ice because she wants to get better and improve her game any way she can. She is the player that gets better every time she touches the ice,” said Coach Doherty. "She has such an impact on the team; more than she thinks she does. As one of three centers, Maddie has become our best defensive center. Even though she may not show up on the scoresheet often, when Maddie plays really well, so does the team.”

Maddie is so excited to spend the next four years in Boston, “I want to thank my parents and everyone in the Express organization for helping me achieve my goal of playing college hockey. I don’t know where I would be without the guidance of my coaches, parents, and friends.”

“It has been such a pleasure getting to know Maddie this year. I will miss her next year but am so glad she will be close by! Congrats Maddie! Everyone in the Express organization is so happy for you,” added Doherty. 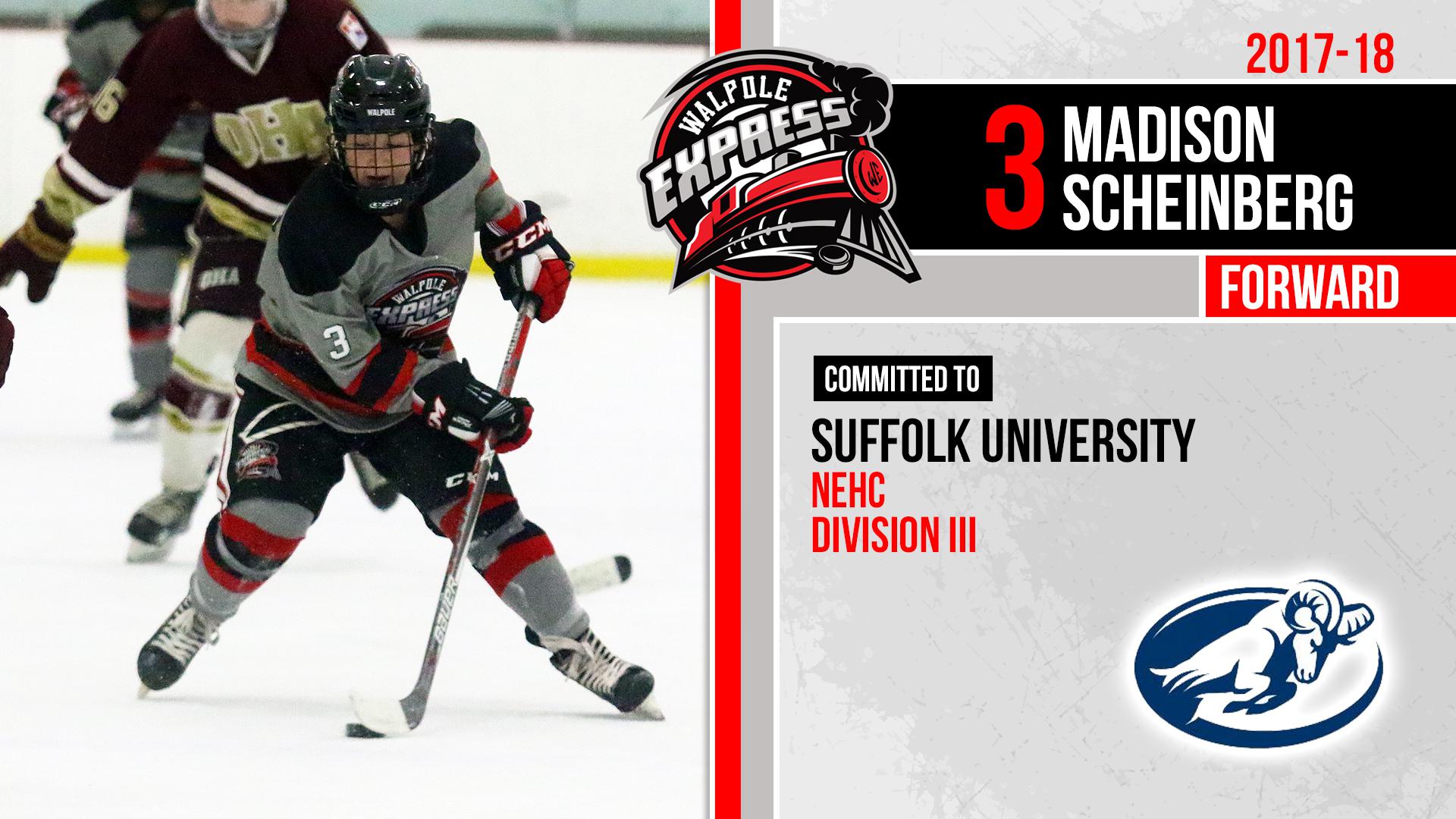