Walpole, MA  - Walpole Express captain and leading scorer Chris Peters has committed to nationally ranked UMass Boston in Boston, MA for the fall of 2018. The 6’1, 170 lb. forward from Fairport, NY is an elite playmaker who consistently makes the players around him better. "Petes" is a huge pick up for the Beacons who currently rank 5th in the nation and play in the very competitive NEHC.

“Peters came to us two seasons ago and has worked incredibly hard to get where he is today. He is a natural leader and has some of the best playmaking abilities I have ever seen at this level. His IQ and competitiveness are second to none," said Lounsbury. "Petes is certainly a guy I'll struggle to replace, not only is he the best playmaker in the league but he has done an incredible job leading this young group."

In 33 games this season, Peters has boasted an incredible 17 goals and 40 assists for 57 points, which is third best in the EHL.

“I would like to thank my family, friends and all the boys for the support over the years. I would also like to thank the staff at the Walpole Express, especially Coach Lounsbury and Coach Polino for all the extra work invested in me and the team everyday," said Peters.

“Our Express family extends big congratulations to Chris and his family,” Lounsbury added. 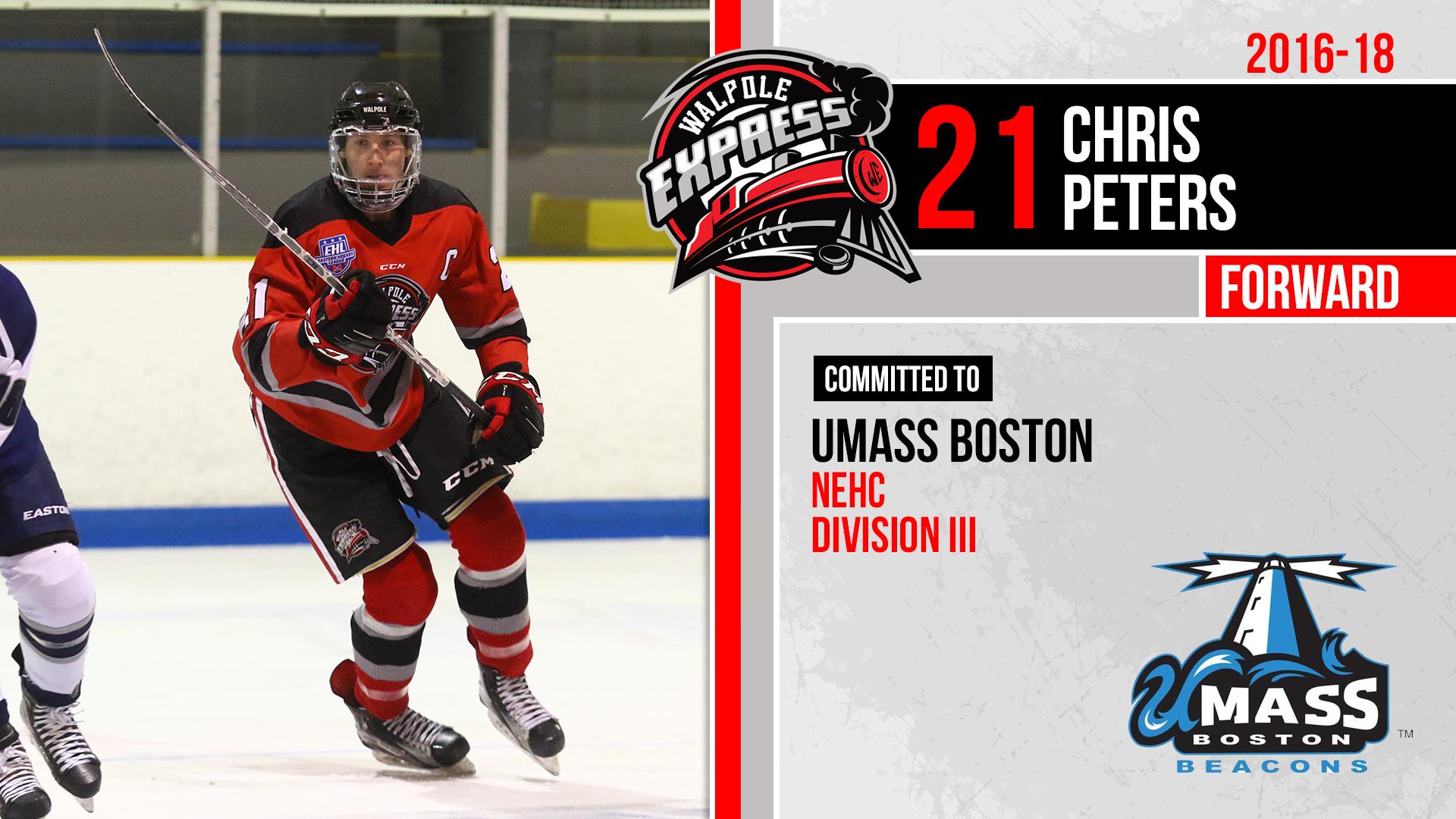