Walpole, MA - San Diego, CA native Eric Wright, in his third season with the Walpole Express, has committed to Suffolk University in the Ultra competitive NEHC for the fall of 2018. Wright, a 20 year old forward, was recognized for his goal scoring ability while playing for the Express. Despite battling injuries in year two, Eric still managed to net 69 career goals with the Express.

“Eric had a great junior hockey career with the Express and we are excited to see him make the jump to NCAA hockey next season," said coach Jon Lounsbury. "His passion for the game and compete level are his best asset to help him make an impact next season at Suffolk. There is no doubt in my mind that Eric will have a great college career playing in the NEHC."

"I want to thank the Walpole Express, especially Coach Lounsbury and Coach Polino, for helping me get to where I am today," said Wright. I also want to thank my family for all of their support over the years."

The Express would like to wish Eric and his family best of luck next season at Suffolk. 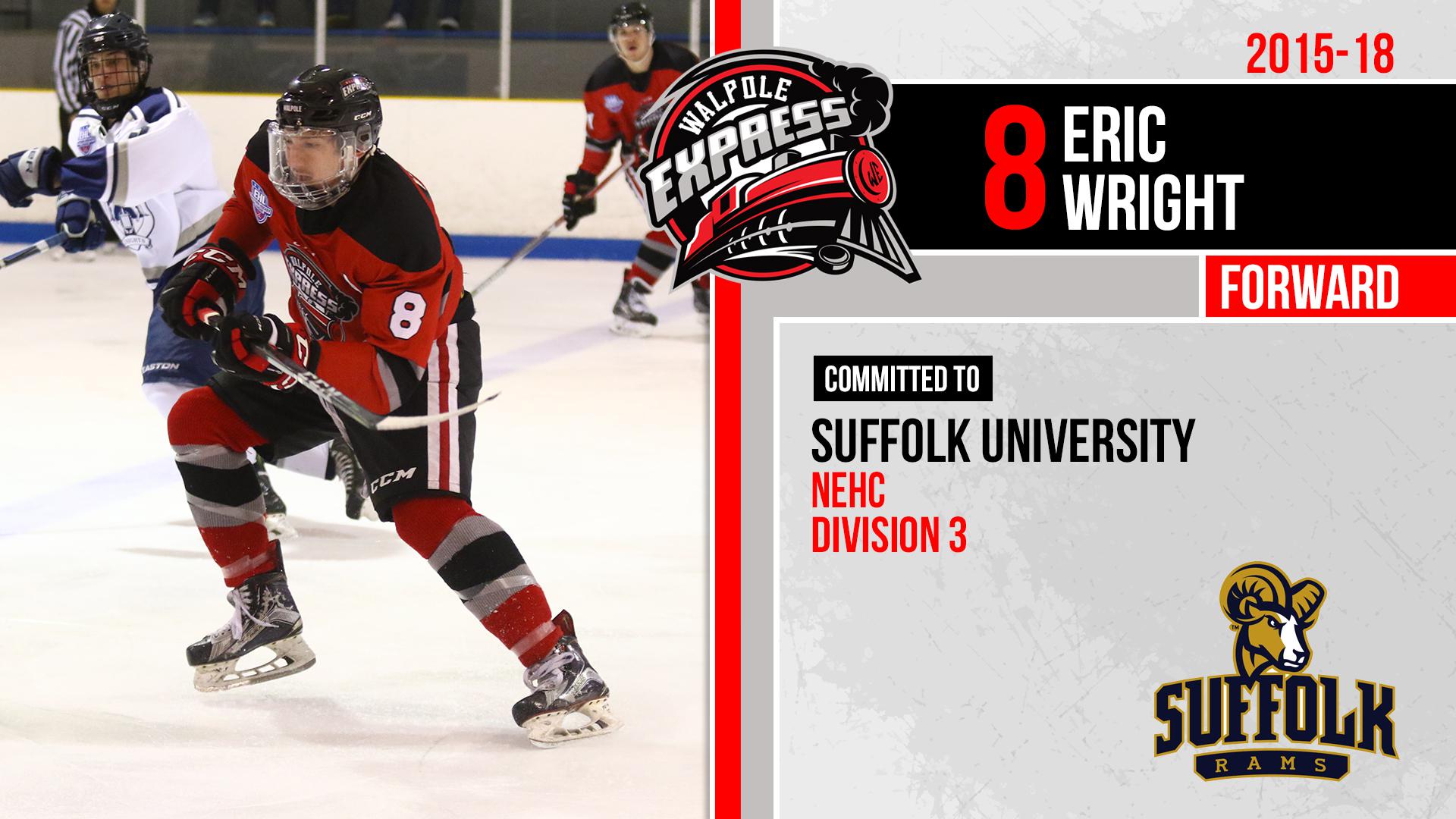