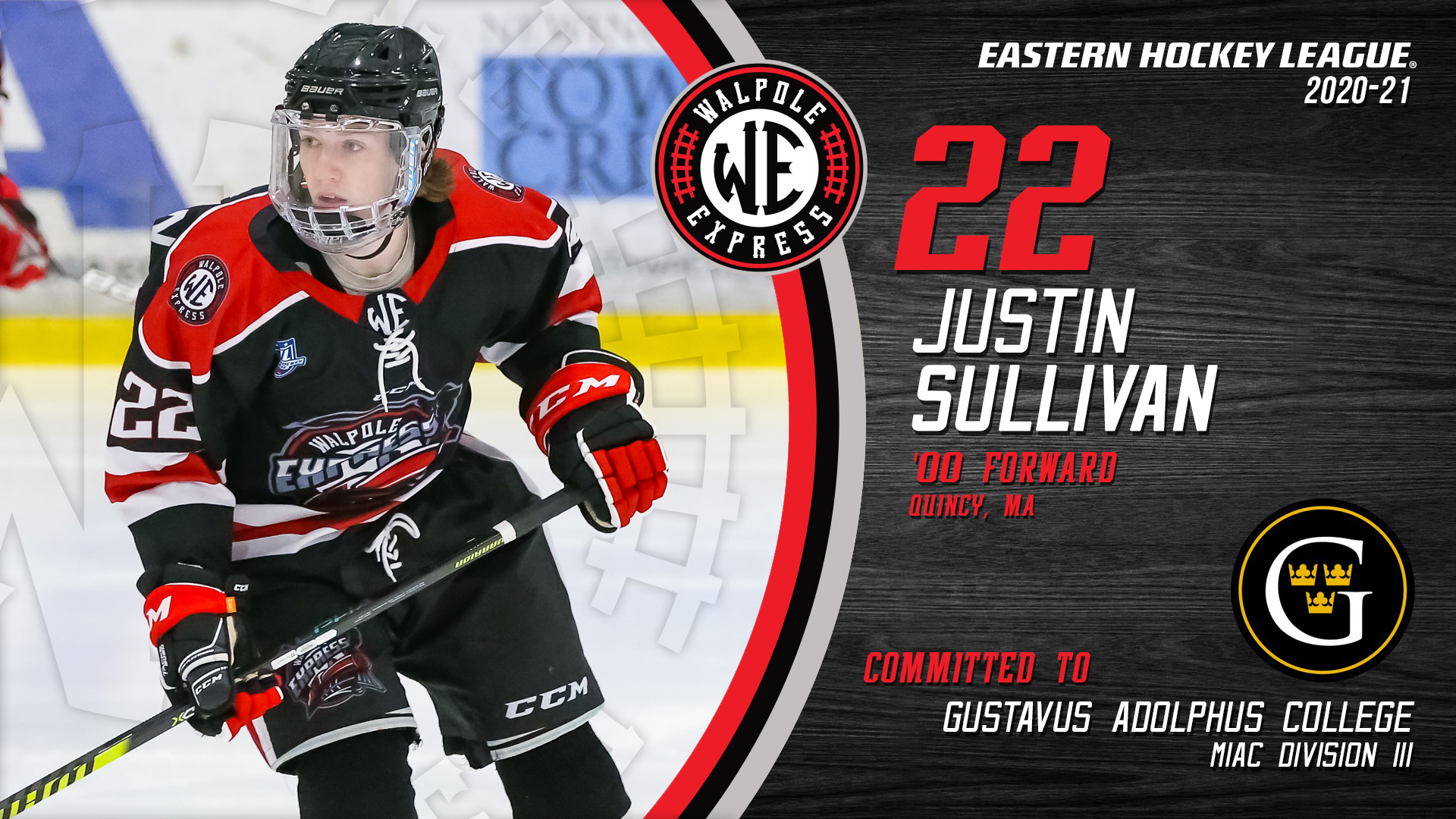 Walpole, MA - The Walpole Express are proud to announce the commitment of Justin Sullivan to Gustavus Adolphus College. Gustavus is located in St. Peter, MN and competes in the MIAC. Justin is the 4th player off the Express roster to commit to a college this season.

Sullivan spoke about why he made the decision to commit to Gustavus, saying, “Academics have always come before hockey for me. So, when I was presented with the opportunity to go to such a prestigious academic school like Gustavus it really seemed like a no brainer."

"As an athlete I know how much the coaches at Gustavus care about their players, and how hard they work to develop each player into the best that they can be,” added Sullivan.

Express Coach Cody Campbell had great things to say about the recently committed Sullivan, ”Justin has been a offensive threat for us all year long. He has also taken major steps in his play without the puck that has made him effective even if he isn’t producing points. We are thrilled for Justin as he has absolutely earned the opportunity he has to be a student athlete at Gustavus.”

”Playing for Coach Campbell and the Express has helped me reach my goal of playing college hockey in many different ways. He has given me the opportunity and the confidence to play to the best of my ability every time I touch the ice. Without his help I’m not sure where I would be as a player,” Sullivan said about the reigning Eastern Hockey League Coach of the Year.