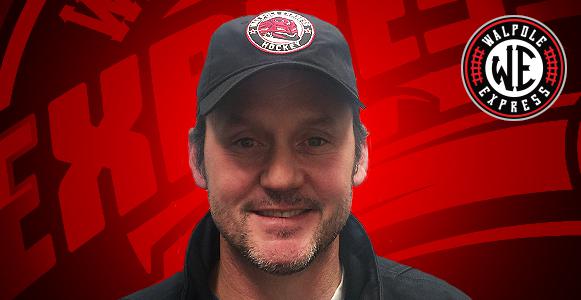 Walpole, MA – The Walpole Express are thrilled to announce that long-time Express coach Joe Verderber has been elevated to Head Coach of the Junior Women’s team beginning with the 2020-21 season.

The homegrown Verderber attended Walpole High school where he held the all-time and single season scoring records. He would go on to play four years at Division I Brown University, capturing the Ivy League Championship in 1991. Upon graduation, Joe signed with the West Palm Beach Blaze of the Sunshine Hockey League, winning the league championship as a player/coach.

After nine years of success coaching various teams within the organization, Coach Verderber is looking forward to moving up to the highest level. “I am excited to be given the reigns of the Express Women’s Junior Team. Rob, the Express organization and I all share the same enthusiasm and dedication to the game, making this a natural fit,” said Verderber. “Having a great relationship with the organization will help all of us move forward to continued excellence, growth and success. I look forward to the upcoming season and helping the girls to their best opportunity for achievement both as a team and individuals.”

“I can’t tell you how excited I am that Joe accepted the position of Head Coach for our Junior Women’s Hockey team,” said Owner Rob Barletta. “Joe was a college and high school standout player and has brought his love of the game to coaching. He has 23 years in coaching HS players and his commitment to excellence is second to none. I have seen firsthand how great of a coach Joe is as he’s been coaching for our youth teams for the past eight years”.

The Express Women's Junior team is a full season Under-19 level program with an independent schedule in addition to participating in the National Girls Hockey League Showcase season. Players see four consistent practices and two off-ice gym training sessions per week. The team allows elite level players to develop and prepare for the next level. The Express work to promote its players and enable them to be recruited to play at the prep school or college level.

The NGHL Showcases consist of five showcases around the country competing against top national talent, including teams from Canada, the East coast and Midwest. The NGHL Showcase season will conclude with the championship event taking place in late February in St Louis, MO.