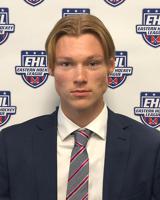 Walpole, MA - The Walpole Express Eastern Hockey League team is proud to announce goaltender Tobias Falkenstedt has earned EHL Co-Goaltender of the Year honors and been named to the All-EHL Team.

The 2000 born Swedish native posted a 20-13-2 record while maintaining a .929 save percentage and a 2.28 goals against average. Falkenstedt posted three shutouts and was a major piece of the Express’ turn around from last season.

“It’s an honor to win goalie of the year and be named to the All-EHL team. It means a lot to me," said Falkenstedt. "I worked hard this year and it definitely boosts my confidence going in to next season.”

Coach Cody Campbell spoke about what helped Tobias earn the award, “Tobias was obviously a major part of our success this season. Coming over from Sweden is obviously a large adjustment and he did it seamlessly."

"I am proud of Tobias because he definitely put the work in and preformed to a level that is more than deserving of this award. But more importantly, Tobias is a great representative of our team and the culture that we have built here this season. Our entire organization is very proud and happy for him to be recognized with Goaltender of the Year Honors,“ added Coach Campbell.

Falkenstedt also spoke about his success with the Express, “This year with the Express was my first year in America and I couldn’t ask for anything better. All the guys and my coaches believed in me throughout the entire season and without them this would not be possible.” 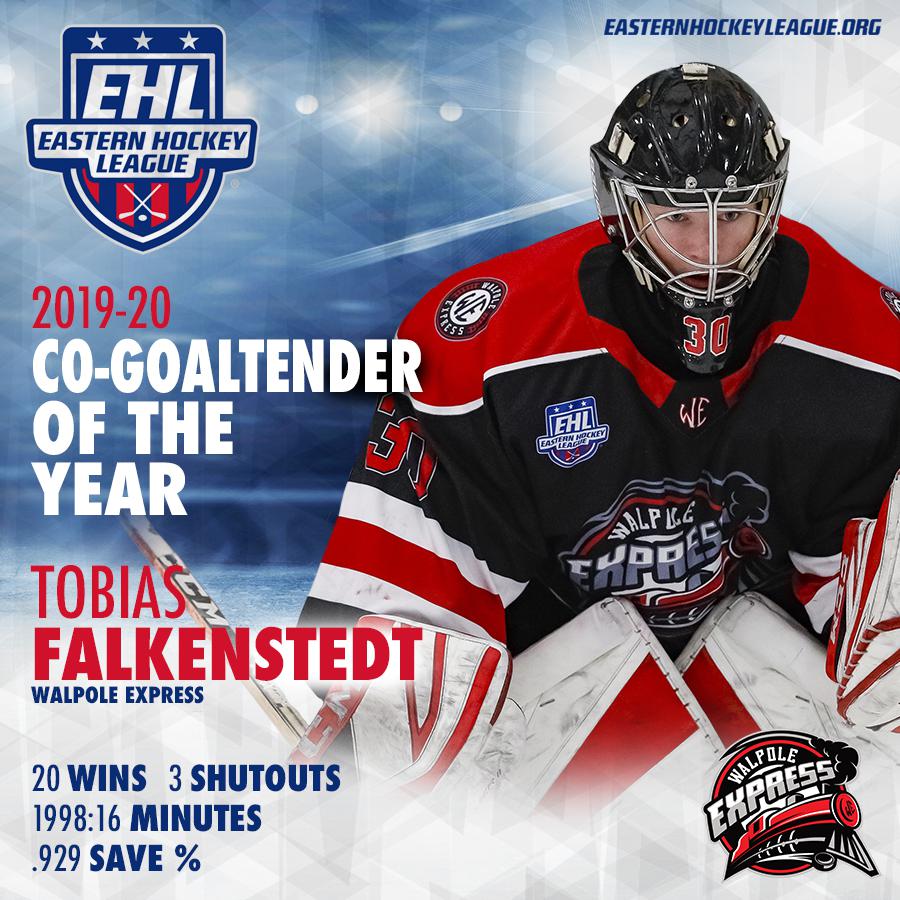