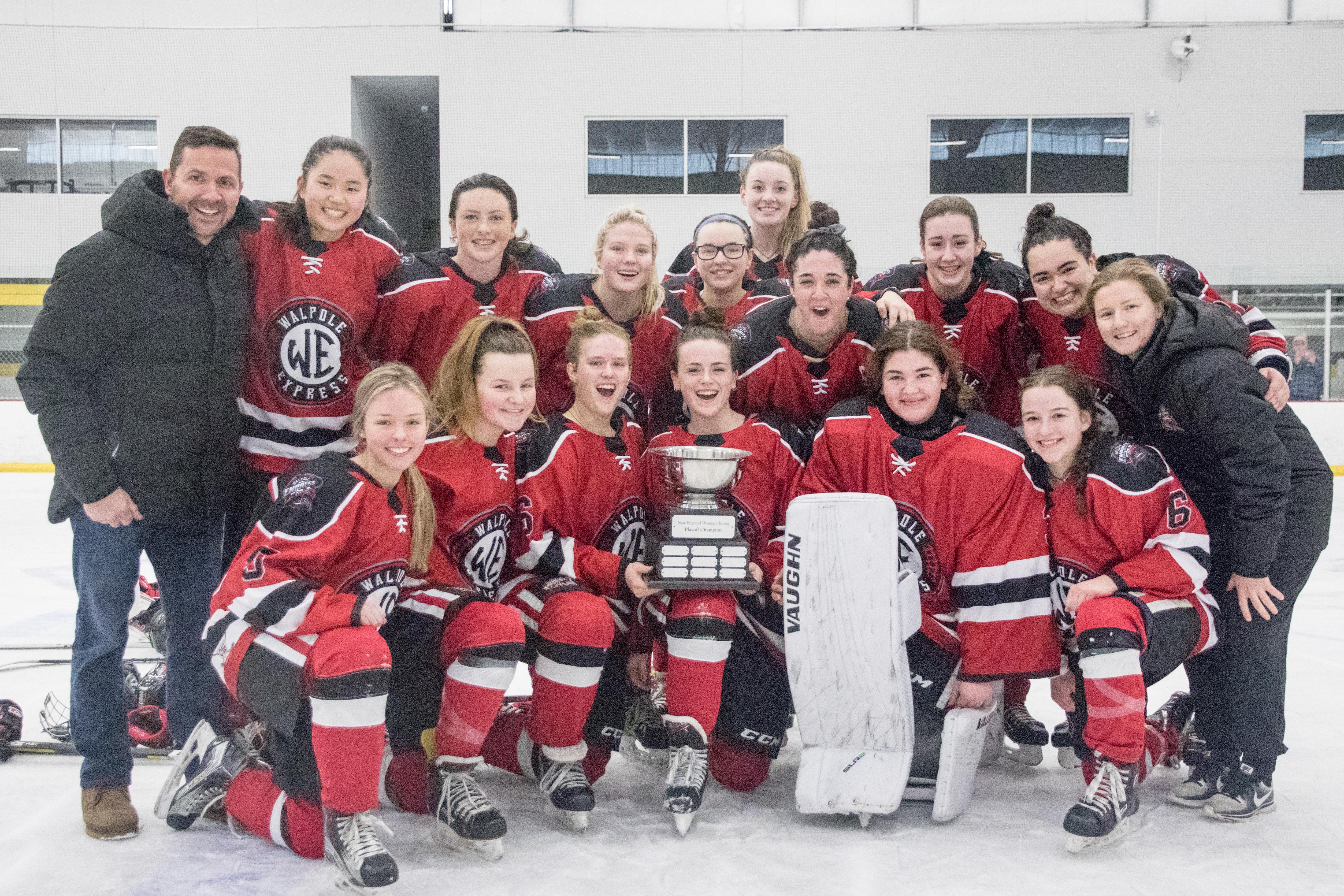 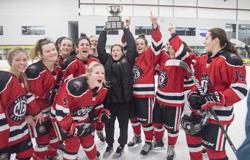 Friday night, in front of a raucous crowd at Rodman Arena, the Express were able to pull off a come from behind 4-1 win. After falling behind in the first period, the team showed great resilience scoring four goals to secure the win.

Saturday at The Edge in Bedford, the team would rally for another comeback after trailing 3-1 in the third period. With time dwindling, goaltender Julia Chase was pulled for the extra attacker and the Express were able to tie the game at 3-3. Due to pre-determined playoff series rules, and the Express having already won the first game of the series, the Express therefore won the playoff series and captured the Eastern Women's Hockey Conference championship.

Coach Kate was thrilled with the outcome of the weekend and the overall season, saying “In my first year as head coach with the Walpole Express, I am very grateful for the opportunity to coach such a talented, hardworking but fun group." She continued, "The best part of my day was always going to practice and getting to see the girls progress each time we stepped on the ice. The energy they brought day in and day out was great and I’m proud to have had the opportunity to work with each player."

Prior to the championship series, the team celebrated the four seniors who have contributed great leadership both on and off the ice throughout the season.

Hanna Littmarck, in her first season with the team, proved to be a solid player with a relentless aggression and energy that always got the team fired up.

Ally Jurman, in her third season with the Express, was a reliable defender protecting our goalies and the blueline all season.

Assistant Captain Hannah Cunha, in her second season with the Walpole Express, led the team with her physical play and knack for scoring goals.

Captain Hannah Feinberg was the vocal leader as well as scoring many timely goals all season.

The Express thank them all for their leadership and efforts this season and wish them the best of luck as they go on to college. We also thank the parents who supported the team and their daughters for many years in their hockey careers.

Looking toward the 2020-2021 season, the Walpole Express will join the NGHL (National Girls Hockey League) which puts on several elite showcases throughout the country. In addition, we will continue to play a variety of independent games against prep schools, other junior teams as well as some college teams.

To learn more about next seasons team, click here.

To contact Coach Kate Leary with questions, email her at kate@walpoleexpress.com.