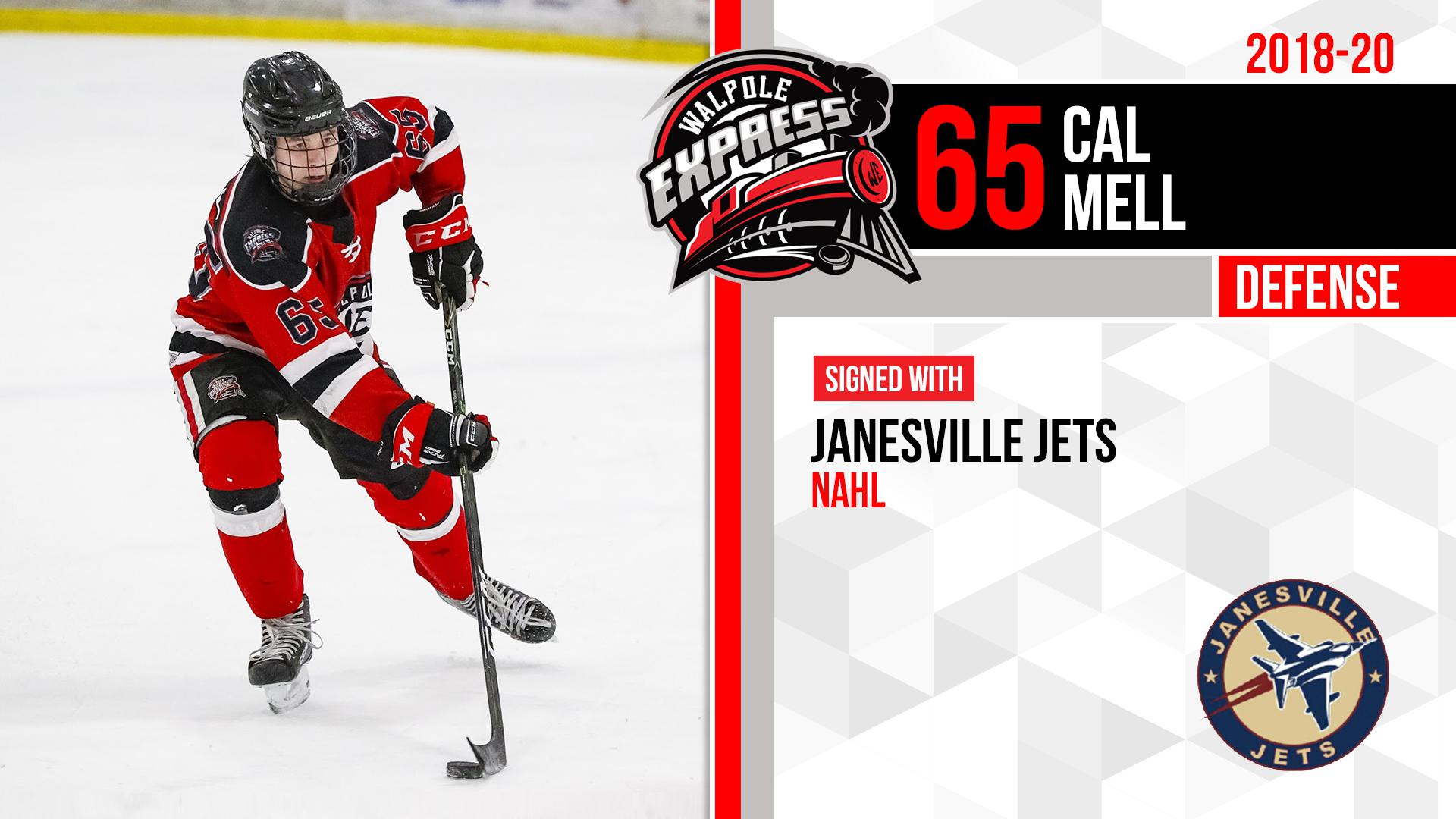 Walpole, MA - Cal Mell, Express defenseman and Georgia native, has signed a tender with the Janesville Jets of the NAHL. The NAHL is the only Tier 2 Junior hockey league within USA Hockey.

A tender is a contract, of sorts, a player signs announcing his intentions to play for that particular NAHL team and that NAHL team only. Once a player signs a tender with an NAHL team, his playing rights belong to that team within the NAHL and he may not be recruited by any other NAHL team.

Mell says he's ready to advance to the next level, “NAHL as Tier II is the next step in my development after playing two years in the EHL. It provides elevated competition and increased exposure to Division 1 and Division 3 schools. Janesville also has a great reputation for being a competitive team and placing players into the NCAA.“

Express Coach Cody Campbell spoke about Cal's consistency at both ends of the ice, ”Cal has been a rock on the backend for us this season. He has not only produced offensively but he has also consistently shut down other teams top lines. Cal is a great skating D with high end hockey IQ," said Campbell. "Having previously worked in Janesville, knowing their staff and the culture they have there, I have no doubt that Cal is going to be an impact player for the Jets next season. We are extremely excited for Cal to get this opportunity at the next level.”

”Coming from Atlanta, U18 opportunities were limited and Walpole and the EHL provided the opportunity to play with and against bigger, stronger, and faster players," said Mell. "Walpole has a great reputation for developing and placing players. I could not be happier with the experience of playing for Coach Lounsbury last year and Coach Campbell this season.”

Please join us in congratulating Cal on his signing of an NAHL tender.