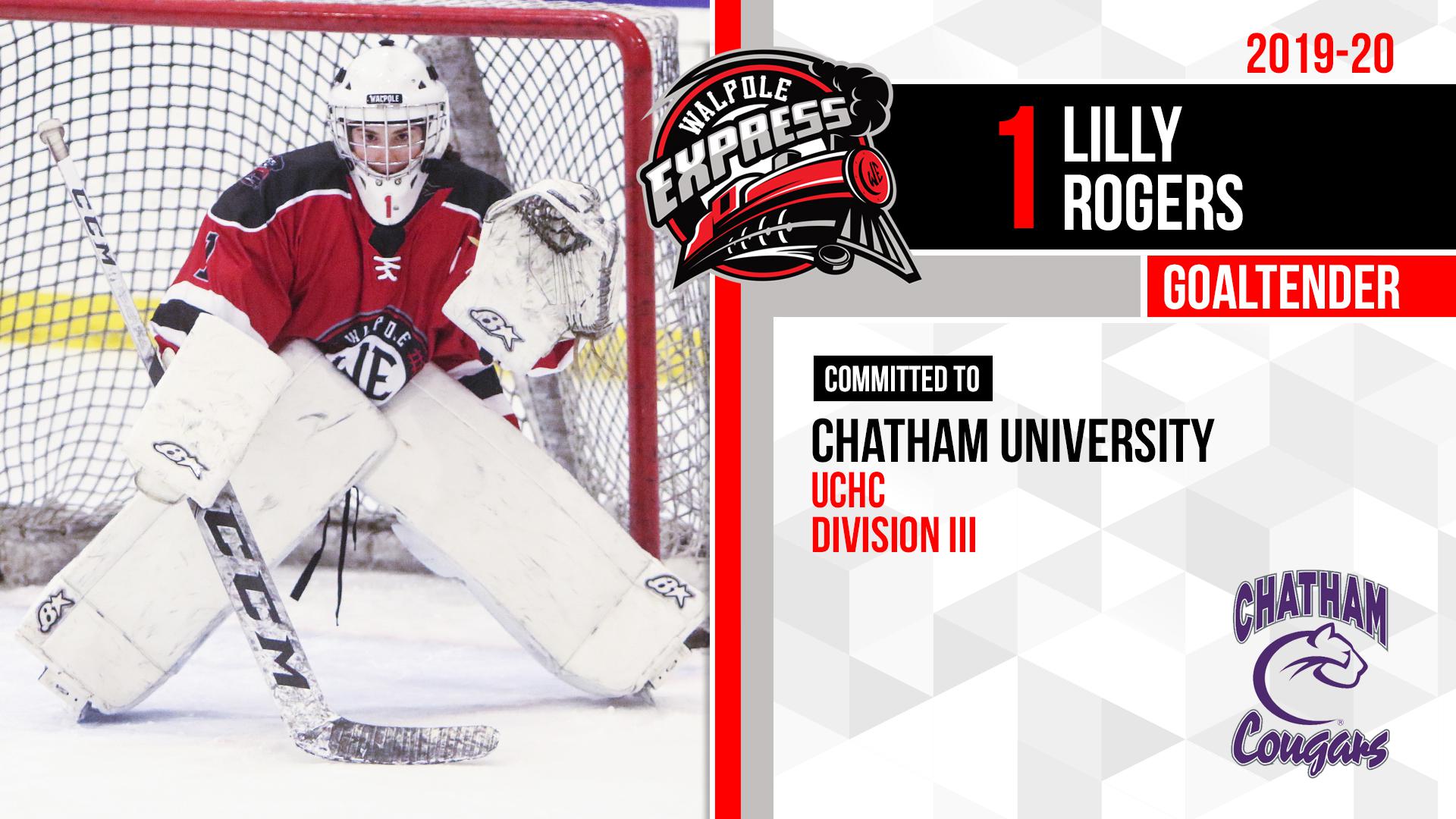 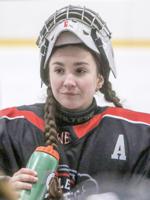 Rogers, a first year goaltender on this year's Express roster, is currently an assistant captain for the program.

Head Coach Kate Leary says Lilly has put in the effort both on the ice and in the Trax Academy classroom, “Lilly has worked very hard making the transition from playing boys hockey in Florida to playing Junior women’s hockey here in Walpole.”

“The Walpole Express has helped me develop on and off the ice. Being a part of Trax Academy and being able to get on the ice twice a day has really helped me to develop as a player and get ready to play college hockey,” added Lilly.

“Chatham is getting a dedicated student-athlete who has impressed our staff and earned her leadership role on the team. We are proud to be a part of Lilly accomplishing her goal of playing college hockey,” added Leary.

The entire Express organization wish Lilly the best of luck next fall.