Walpole, MA - The Walpole Express EHL and EHLP teams saw plenty of action over the past week. The teams had a combined record of 4-1 with EHL wins coming over Team Maryland and Seahawks Hockey Club and the EHLP teams wins coming over the Philadelphia Revolution and Valley Jr Warriors.

With three games remaining before the half way point of the season, the Express EHL team sits in 5th place in the New England Conference and is just eight points out of 1st place.

The Express EHLP is finally staring to get over the injury bug that has hit the team hard in the month of November and has won its last two games in dominating fashion putting up seven goals in each of the last two games. The Express EHLP team has one game on the docket this week and will also be at the seasons halfway point.

Both Express teams are sitting in good position to make a strong second half run that finishes in Providence at the EHL Frozen Finals! 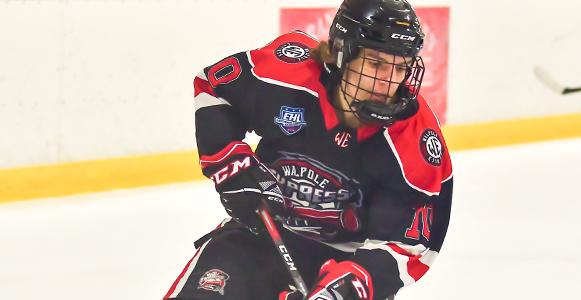